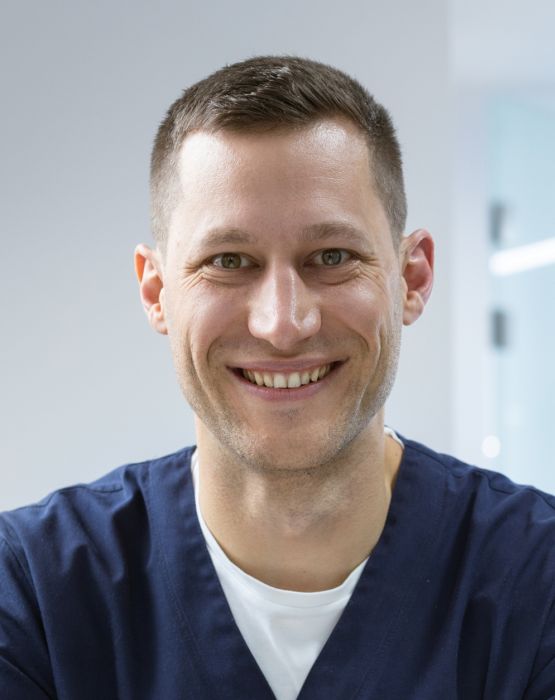 Dr. Štefanatný was born in 1987 in a small town called Zvolen, which is known as a large railway junction. It remains somewhere in his subconscious, and he is still a great lover of trains. However, he atended kindergarten in Považská Bystrica, from where the only thing he remembers is the taste of poppy pips (makove pirozky), bought from a small window just opposite of his nursery. When well behaved, as a little treat his mother used to take him to buy one after the class.

After a short study at VIII ZS Rozkvet and to the surprise of many, he managed to successfully complete psychometric tests, also the second round of entrance exams for an 8-year grammar school. The school was his passion and as per the teachers he was excellent at mathematics.

Although he did not achieve any significant success in the correspondence competition Klokan, still he was one of the best in the class. Even though he never managed to be the class president he worked as a wall designer for about 2 months. He was subsequently removed from this position.

Today he is a dentist.

Compromised teeth management and postextraction site reconstruction in cooperation with an orthodontist.

Contemporary dentistry provides several options for replacing a missing tooth. In our lecture we want to focus on cases in which the cooperation of a dentist and an orthodontist is necessary, not only when replacing already extracted teeth, but also when saving teeth in compromised sites, and thus pushing the limits of the decision to extraction.

© 2022 Slovak Orthodontic Society
vibration.sk - web development
We use cookies on our website to give you the most relevant experience by remembering your preferences and repeat visits. By clicking “Accept All”, you consent to the use of ALL the cookies. However, you may visit Cookie Settings to provide a controlled consent.
Reject All Accept All
Manage consent

This website uses cookies to improve your experience while you navigate through the website. Out of these, the cookies that are categorized as necessary are stored on your browser as they are essential for the working of basic functionalities of the website. We also use third-party cookies that help us analyze and understand how you use this website. These cookies will be stored in your browser only with your consent. You also have the option to opt-out of these cookies. But opting out of some of these cookies may affect your browsing experience.
Necessary Always Enabled
Necessary cookies are absolutely essential for the website to function properly. These cookies ensure basic functionalities and security features of the website, anonymously.
Functional
Functional cookies help to perform certain functionalities like sharing the content of the website on social media platforms, collect feedbacks, and other third-party features.
Performance
Performance cookies are used to understand and analyze the key performance indexes of the website which helps in delivering a better user experience for the visitors.
Analytics
Analytical cookies are used to understand how visitors interact with the website. These cookies help provide information on metrics the number of visitors, bounce rate, traffic source, etc.
Advertisement
Advertisement cookies are used to provide visitors with relevant ads and marketing campaigns. These cookies track visitors across websites and collect information to provide customized ads.
Others
Other uncategorized cookies are those that are being analyzed and have not been classified into a category as yet.
SAVE & ACCEPT